The best two words to describe the beginning of my experience with this week’s SketchUp endeavor are probably extreme frustration. My task was to start creating a 3d model of the dorm Nourse, which I expected to be reasonably manageable given that the building is not as oddly shaped as some others, and there are many photos of it to be found. And yet I managed to get stuck on step one of the process.

When matching photos in SketchUp, you need to begin by establishing the axes and vanishing points of the photo so that you can construct your building to match. But for some reason (most likely due to distortion of the photos caused by old camera lenses), I could not for the life of me get the axes to correspond to the picture! If I had the vanishing points right, the up-down axis would be crooked, and if the axis was straight it was only because the vanishing point lines were off. This meant that as I began drawing the shapes of the building they went off in directions I didn’t intend, and my model refused to conform to the photo. You can see in the photo below how just slightly skewed axes can shift the entire model away from the photo. 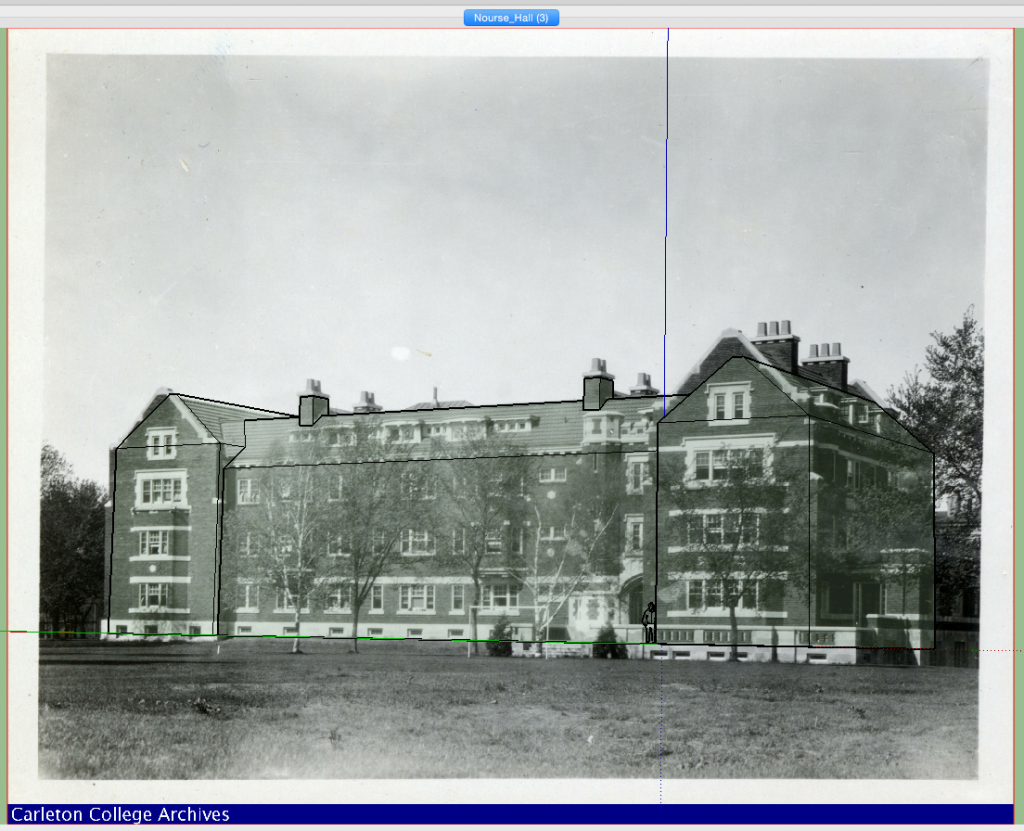 I tried starting over, I tried placing my origin at different points, I tried using different photos– but none of it worked. Until suddenly, it did. I’m still not quite sure why attempt #129312 worked, but I’m glad it did. With the axes established accurately, my experience transformed. The photo became a useful guide instead of a mocking reminder of my inaccuracy, and the whole process just started going much more smoothly. Below you can see closely the start of my model matches the building now that the axes are lined up. 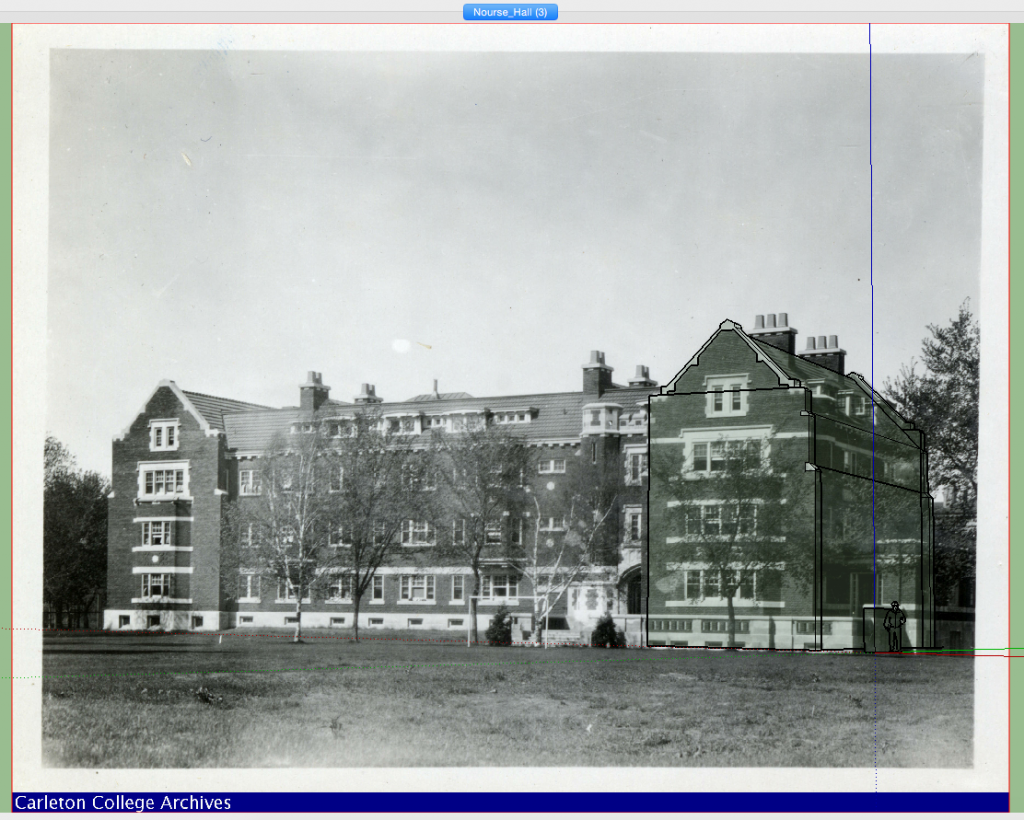 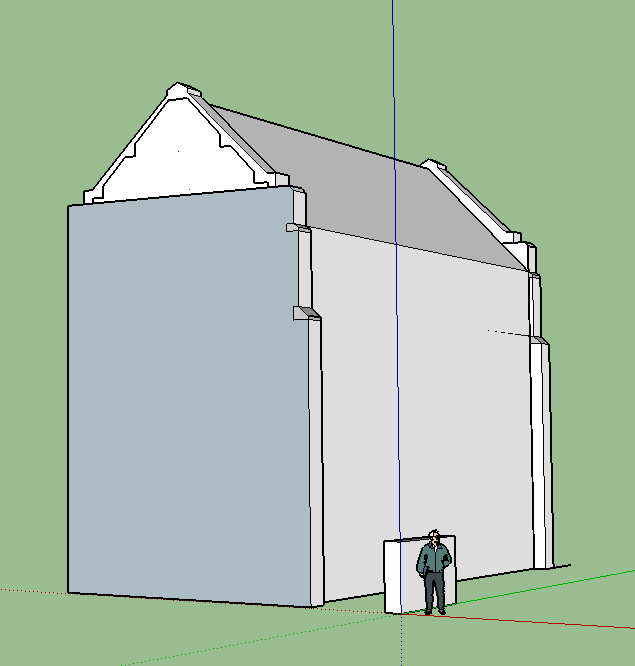 A close-up of the model’s beginning.

Additionally, the new origin point I’ve chosen means that I will be able to the multiple photo technique for modeling the west side of the building. I found a couple photos taken from the northwest that show that side of the building, but also contain the corner of the eastern porch. Since I made this the origin of my model, I will be able to match the other photos to the same point for more accuracy.

I am glad that despite the distortion on some old photographs I am still able to model from them rather than using a photo of the building as it currently looks. For the most part Nourse remains the same, but as I model the original building I am noticing small differences that I never would have seen otherwise. Notably, the west entrance has become wheelchair accessible, and a door was created on the north side to provide access to the theater that was built. But there are smaller things too, like a box-like pit in the middle of the east wall that was not originally there. What is the point of it? To let in more light? Who decided that that was an important addition, and when? I think I will have to snoop around the building in person and see what I can find.