The Salem Witch Trials Project is a digital database of different documents, including court orders, letters, and maps, in relation to The Salem Witch Trials. During 1692 and 1693, a frenzy of fear regarding witchcraft inflicted the town of Salem; trials were held to execute supposed witches and with this project, we are able to read and have a deeper contextual understanding of how and where these trials occurred. 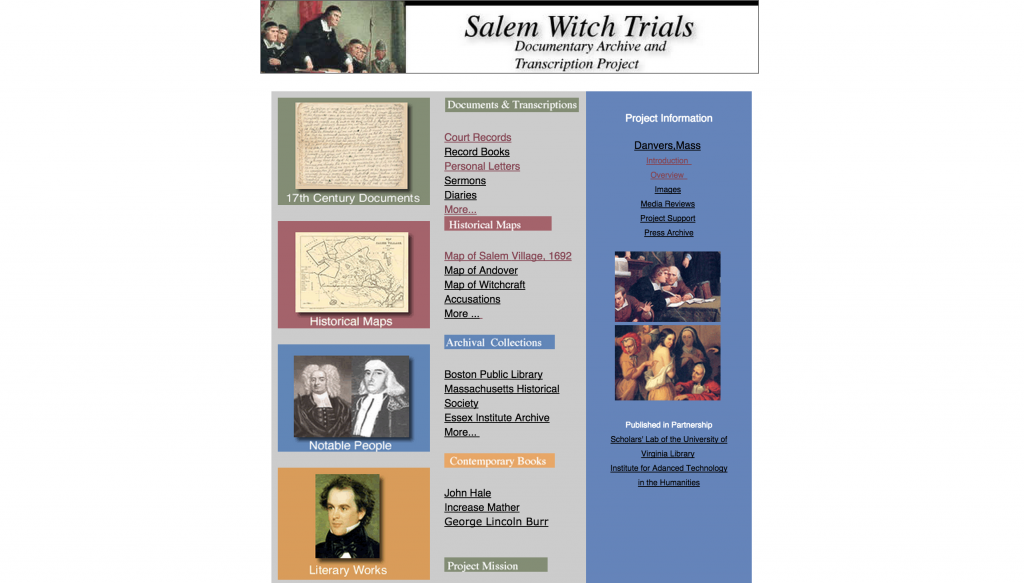 Homepage of the archive

Now although the site isn’t exactly aesthetically pleasing, there is a lot of great information presented in a relatively straightforward manner. Let’s examine how this Digital Humanities Project fits with Johanna Drucker and Miriam Posner’s analysis of how such a project is built.

Sources
Essentially everything this project is comprised of is a source. The court records, historical maps, and books written during this time are all digitized forms of primary sources and accounts of what happened. What is most interesting perhaps are the maps; rather than only include scans of original area maps, the creators included interactive maps allowing you to see where accusations arose (see example below.) 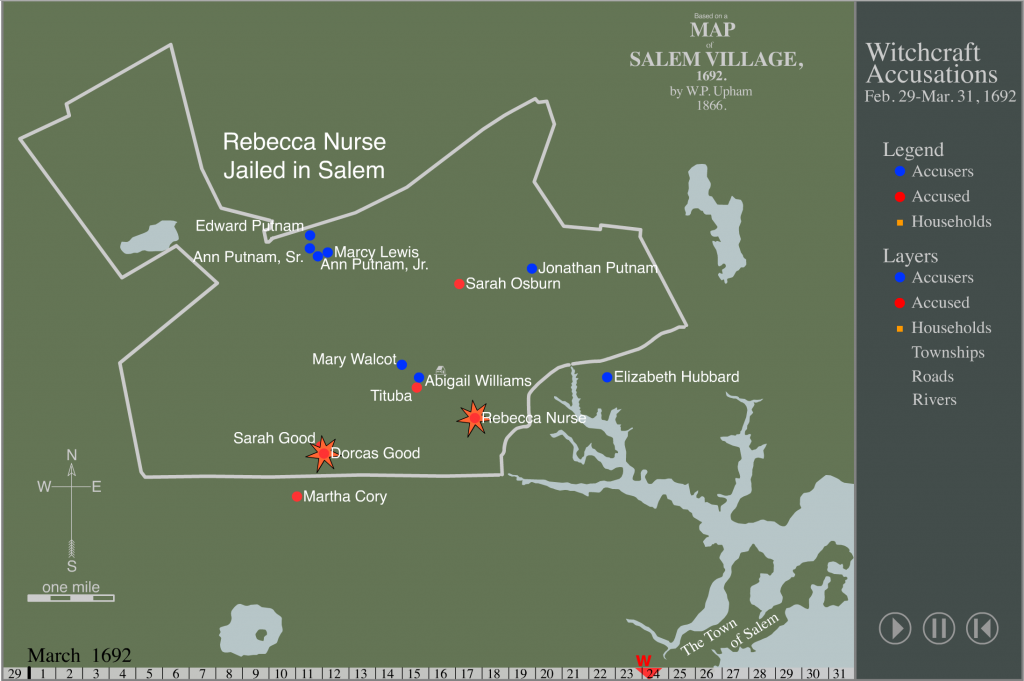 Services
One of the most used services on the site was text transcription. Many of the sources are assumed to have been written with a pen and paper, but what we see are digitized forms of these letters, diary entries, and the like. However, not all sources are necessarily transcribed – there are other written sources, such as court records and books, that are pictured.
Categories is another service that makes this site a lot more straightforward and accessible. The data is not only organized at the top of the site into five simple groups but also subcategorized on the home page.

Presentation
Perhaps what makes the Salem Witch Trial Project so simple is because of the somewhat homely website layout. But that’s what makes the audience focus more on the actual content! In addition to the website platform, the data is presented through a mixture of digitized maps and transcribed texts and interactive maps and pictured texts.

The Salem Witch Trials may lure you in because of the sort of taboo topic and this Digital Humanities Project makes it that much more accessible. It’s basically a win-win!